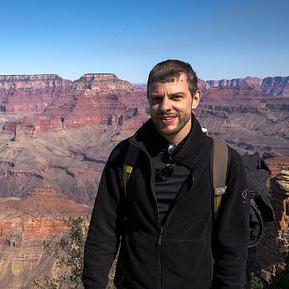 You may already know that the latest Windows 10 builds offer a bash in Windows. This is a great feature. But what is even more interesting is that Microsoft did not do an emulation of linux commands but they partnered up with Canonical instead and integrated a real Ubuntu image on top of Windows. This means that you can run commands like…​apt-get in this bash.

'Any Shell for Windows'

In other words, this means that potentially, the 'bash for Windows' feature, could be understood like an 'any shell for Windows' feature! I decided to give it a try with fish. Fish is an amazing shell a colleague of mine showed me some time ago. I am now using it every day at work and I was missing it at home on my Windows machine. It is really simple to use, it has a powerful autosuggestion engine, and it is easily extensible with scripts…​and a lot of people distribute great scripts!

How to install fish?

I will assume here that you already know how to install bash for Windows. If not, there are plenty of blogs that have detailed step by step guides. Once you are running bash, it is simply a matter of following the fish installation instruction for Ubuntu, that is to say:

Now you can just type fish in your prompt, and you are done. Unfortunately, next time you will launch an Unix shell from Windows it will have to be a bash. Good news is that it is easy to customize bash startup with the .bashrc file. To do this, first go to your unix home. Be careful, when you launch a bash, Windows puts you under your Windows' home (/mnt/c/Users/YourUser) and not under Unix’s home (~). To be sure, type:

Then add a the beginning of your .bashrc file the following:

Be careful not to just exec fish, you could break some programs and scripts relying on bash.

EDIT(04/12/2016): Despite the following script in my .bashrc, I had issues with scripts relying on bash. I found another strategy which was to simply make a shortcut to launch fish. To do this, you just have to locate the shortcut you have to launch bash, make a copy of this shortcut and edit it:

Be sure to remove the modifications of the .bashrc as they are now useless (and maybe not harmless…​).

I installed fisherman to manage the scripts of my fish installation. No ad intended, I don’t have enough feedback on it to give advice yet. Just know that there are other plugin managers out there, like oh my fish. Here again, no need to adapt the installation instructions, everything worked as it would on Unix. For instance, I decided to install a useful teleporter script that allows to set labels on directories and jump back and forth:

And here is the result:

I hope this was helpful. I’m still new to fish, feel free to drop a comment with tips or useful scripts! Of course, the main focus of the article was on fish, but I’m pretty sure that you can run any Unix shell you like using the same method.